Just an hour and a half drive north of Treviso (on the Belluno motorway), lies a UNESCO World Heritage Site comprising the most beautiful mountains in the world.

Cortina d’Ampezzo, internationally renowned tourist destination welcomes you with a breathtaking 360 degree view of the Tofane, the Cristallo and all the other mountains that make up this range.

In San Martino of Castrozza via Feltre, one can take in spectacular views of the Pale di San Martino, a series of aligned peaks that at sunset are illuminated in a fiery red. 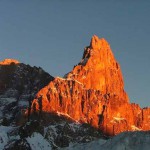 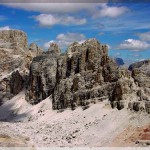